As part of our 'Regenerate' channel, we hone in on one of the main objectives in a circular economy - the drive to eliminate waste and pollution, inviting entrepreneurs working towards extending the lifespan of the products, materials and services they use, to share with their success stories and the barriers that still affect them whilst operating in a predominantly linear system.
Home Stories Extending Product and Material Lifespan – with Alina Bassi, Founder & CEO, Kleiderly
By Alina Bassi
0   

Materials are used in everything, from plastics, to fabrics, to synthetic and even natural. The list is endless, but the impact on the environment is significant. Looking at the just the world of fabrics, there are the traditional fabrics worn for hundreds of years such as cotton or silk, synthetic fibres such as polyester or nylon, and new innovations in the materials space such as mycelium.

The fashion industry is the world’s second largest polluter after the oil industry, producing more emissions than the shipping and aviation industries combined. This industry uses materials in garments, accessories and packaging – but there isn’t enough being done to extend the product or material lifespan.

Let’s take a deeper dive into the fashion industry.

According to the Ellen McArthur Foundation, 100 billion garments are produced every single year, with this number set to rise to 150 billion by 2050 to keep up with our demand.

Fast fashion brands are producing up to one new collection a week. Although sales are increasing, the utilisation of each clothing item is continuing to fall drastically, with the average number of times a garment is worn decreasing by 36% in the last 15 years. So, we have an increased number of collections offered per season, in conjunction with significantly low prices. This ultimately causes 391,750 tonnes of textile waste to be produced in Germany every year alone.

With all this clothing being produced, we are struggling to find useful means for their end of life. 87% of all the material used for clothing currently ends up in a landfill or an incinerator. This is simply poor waste management and is resulting in multiple losses: a loss of material value, a loss of landfill space and a loss of money. When clothing ends up in landfill, it causes a harmful impact. Synthetic fibres take many years to decompose, with the average polyester item surviving for at least 200 years. The toxic dyes in clothing leach into the soil and local water supplies. Once 100% natural fibres, such as cotton or wool, end up in landfill, they generate methane which can be released into the environment if the site is not sufficiently controlled. Methane has a global warming potential four times higher than carbon-dioxide, hence this contributes significantly to greenhouse effect.

Of the material used to make clothing, less than 1% is recycled into new clothing items, resulting in a loss of over 100 billion euros each year and a truck full of textile waste going to landfill every second. There are also extremely high costs associated with disposal of clothing into landfill sites, as many countries have initiated a landfill tax.

An astonishing 70% of the unwanted clothing collected in Europe is considered reusable. 20% is resold within Europe, however the remainder is sold to merchants who sell them to lower economically developed countries. Of this, 70% is reused, 20% is used in lower value applications and 10% is sent to landfill or incinerated.

Some material is recycled, however, this is usually for low-value applications such as producing cleaning materials or insulation. These materials are again not recyclable after use due to economical reasons, hence they are again discarded in landfill or incinerated.

Unfortunately, textiles are mostly produced using non-renewable sources such as oil and gas. This includes the production of synthetic fibres, fertilisers, chemical dyes, etc. The industry also uses approximately 93 billion cubic metres of water. This is resulting in water scarcity in many textile producing regions.

It is such a shame to see that so much energy and resource is going into materials that are barely worn, if at all. 20% of global industrial water pollution is caused by material dyeing and textile treatment. Textiles are also a large contributor to micro-plastics ending up in the ocean, with the value potentially amounting to 22 million tonnes by 2050.

If we continue to purchase clothing at our current rate, sales will hit 160 million tonnes in 2050 – three times today’s purchasing amount. With increased demand, decreased usage and an ever-increasing global impact, it is vital to think of innovative solutions to overcome the environmental impact we are producing.

The circular economy principle is a new way of thinking – to design products to have a second, third, and fourth life. This is done by designing out ‘waste’. It essentially means that we keep materials or products in use by finding ways to reuse waste.

If we can change the mindset from disposing of textile waste, to capturing value and reusing materials, this will ensure that no waste or pollution is created.

If the EU were to incorporate a truly circular economy, we could halve CO2 emissions by 2030.

Circular economy principles in the fashion industry will allow us to reduce waste within the textiles systems and capture the value of textiles after their use. Using circular economy thinking would drive out the harmful impacts of textile waste on the environment, reducing the number of greenhouse gases and hazardous chemicals released into the atmosphere. Clever design would ensure that there is a secondary use of textiles.

At Kleiderly, we are at the forefront of this movement towards a circular economy, but there is still a long way to go. 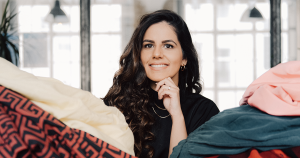 What we do at Kleiderly

After seeing the amount of textile waste first-hand in Tanzania, I decided that the circular economy in the fashion industry was going to be my new focus.

With Kleiderly we have developed an award winning, patent pending process to produce sustainable plastic made from textile waste. By doing so we are solving two problems: clothing waste, and plastics derived from crude oil. We give textile waste a new life and create a circular economy. Our material can be used seamlessly in existing plastics machinery. At the moment, we are focusing on products within the fashion industry to create circularity. Think of clothing hangers, anti-theft security tags, furniture and now eyewear, but this is just the beginning. We have produced the world’s first eyewear collection, made from recycled textiles, making the fashion industry truly circular.

For every kilogram of material we produce, we save 2.5kg of carbon equivalent. A recent study, commissioned by the European Union’s Climate-KIC, calculated that we have a climate change reduction potential of -7500 tonnes of carbon equivalent per year. That’s equivalent to: Driving a car 936 times around the world, to 14,700 barrels of oil burnt or 7600 passengers flying from London to New York.

It is time to replace the throwaway linear economy with a circular system that meets the demands of the 21st century and from which future generations will benefit.

TO JOIN THE ‘Regenerate’ COMMUNITY of leaders championing the circular economy globally, APPLY TO BECOME A MEMBER OF MEANINGFUL BUSINESS HERE 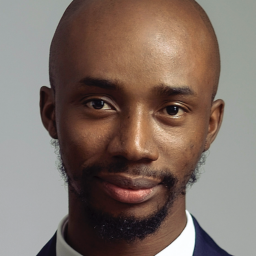 Meaningful Business (MB:) Please tell us a bit about your background.     Fela Akinse (FA:) I have always held… 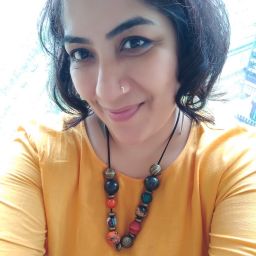 Five pieces of advice for new mothers returning to the workplace

Meaningful Business (MB:)Why is it important to look at maternal mental health in the workplace?   Smriti Joshi (SJ:) Women, especially those… 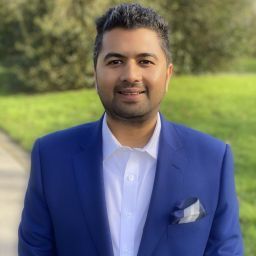 Kaushal Shah, Founder & CEO of envoPAP, shares his experience of fundraising as a climate entrepreneur

Meaningful Business (MB:) As a climate entrepreneur, what has been your fundraising experience to date? Kaushal Shah (KS):  The experience… 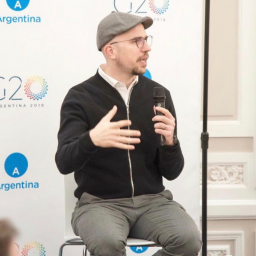 Meaningful Business (MB:) Please tell us a bit about your background.   Ady Beitler (AB): I was born in Uruguay and… 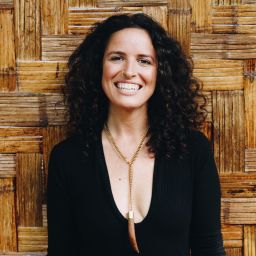 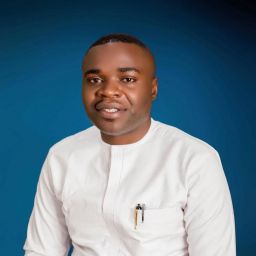 Meaningful Business (MB:) Please tell us a bit about your background. Chinonso Oprum (CO): My name is Chinonso Opurum, and… 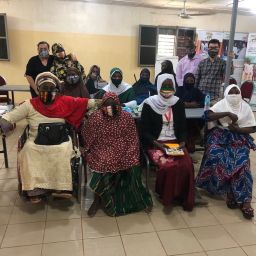 Tailor-made: how the ICRC is supporting women with disabilities in Niger 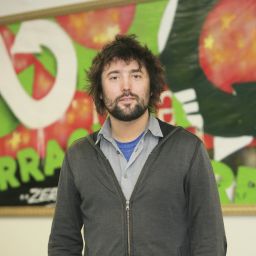 How Businesses Can Shape the Future of Recycling

The amount of material extracted from the earth, produced into raw material for new manufacturing, and designed to be tossed… 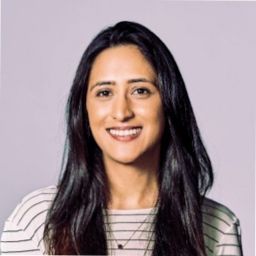 Meaningful Business (MB:) Can you share some details about the areas you invest in, and why you have chosen these… 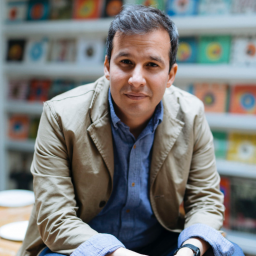 Meaningful Business (MB:) Can you explain what the Circular Economy is in one sentence?     Martin Allen Morales (MM:)… 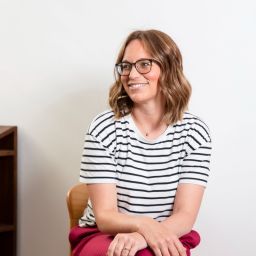 Fundraising as a female entrepreneur – Alexandra Smith shares her experience and advice.

Meaningful Business (MB:) As a woman entrepreneur, what has been your fundraising experience to date? Alexandra Smith (AS): We received seed… 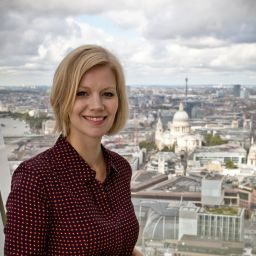 What companies can do to support maternal mental health

Meaningful Business (MB:)Why is it important to look at maternal mental health in the workplace?   Petra Velzeboer (PV:) I know… 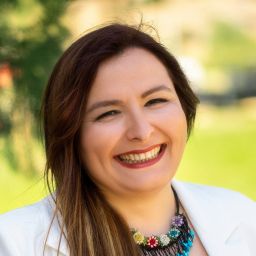 Meaningful Business (MB:) Please tell us a bit about your background. Tülin Akın (TA): I founded Tabit, an agricultural technology… 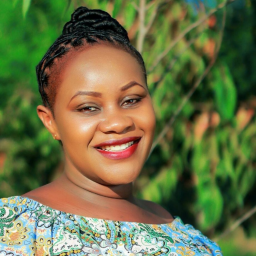 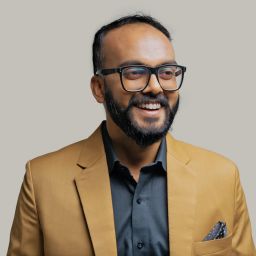 Meaningful Business (MB:) Please tell us a bit about your background. Tarun Jami (TJ): I have always been a supremely…