As part of our Reimagining Justice channel, we're profiling justice champions, shining a spotlight on the organisations and leaders working to build a more fair and equal society.

Meaningful Business (MB:) Please tell us a bit about your story.

Raphael Rowe (RR): When I was 20 years old, I was wrongfully arrested, charged and convicted of a murder and series of robberies I did not commit. I was sentenced to life imprisonment. I spent the next 12 years inside British maximum-security prisons fighting to prove I was innocent. Myself, and two other black men, were convicted despite the fact that the victims of the crimes described the perpetrators as two white men and one black man. Racism and fabricated evidence from witnesses who conspired with the police led to my being wrongly convicted. Following a ruling by a panel of judges at the European Court of Human Rights, who declared unanimously that I had been denied a fair trial, my case was referred to the British court of appeal where my convictions were ruled unsafe and I was set free.

MB: What did you learn during your 12 years in prison, and how did it help you?

RR: During the long years I spent in prison, I studied the law and started a journalism correspondence course as I believe these two components were instrumental in what led to my wrongful imprisonment. Understanding how the law worked assisted me in challenging legal aspects of my case. Understanding how the media worked also allowed me to present my case facts to the public. This strategy assisted my family, campaigners and legal professionals in their efforts to challenge my wrongful convictions. When the media questions the authorities, in my case the judicial system, it can be a game changer.

MB: You’ve now visited prisons all over the world. What have you seen that works, and does not work?

RR: Prisons have always been a symbolic structure that imposes a threat to society. The fear of being sent to one is used as a deterrent, but this has been questioned globally as evidence shows it does not do this, and has very little effect on the reduction of crime. The majority who end up in prison are from marginalised communities and are often racially profiled.

When I started visiting prisons for my Netflix series ‘Inside The World’s Toughest Prisons’ I had no expectations of what I would find and what it would make me feel. What I have seen is a mixture of degrading desperation, inhumane treatment, an absence of psychological support, and, in many places, a complete lack of interest (often with an equal lack of resources) to do what is needed to rehabilitate people in prison. So often I have seen people’s basic human rights not being met whilst in prison, and seen the impact this has on society. Being unable to feed people in prison, forcing them to live in conditions which do not meet even their basic needs, has a catastrophic impact on not just them, but also on their families, not to mention the lives of those who work in the prison. Without meaningful intervention such as therapy or training, people in prison are not even given the chance to break the cycle and positively change their behaviour which led to imprisonment. By giving people in prison and those who work in prisons a voice, the series has provided critical information and insight that I know has changed many viewers’ perception of prisons and those within their walls.

As Nelson Mandela said; “It is said that no one truly knows a nation until one has been inside its jails. A nation should not be judged by how it treats its highest citizens, but its lowest ones.”

What have I seen has lit a fire under me to try and make positive changes in prison systems across the world. I believe passionately that we can make these changes, and that is why I have set up the Raphael Rowe Foundation.

MB: What led you to starting the Second Chances podcast?

RR: My podcast is an extension of the Netflix series in that it not only continues a conversation about crime and punishment but hears from people who experience the criminal justice system from different perspectives. I often say it provides a voice for the voiceless, but it is much more than that. It is a platform where people can share and explain their personal story, be it a perpetrator, victim or practitioner. Listening to people talk about what a second chance means is inspirational and I hope motivational. 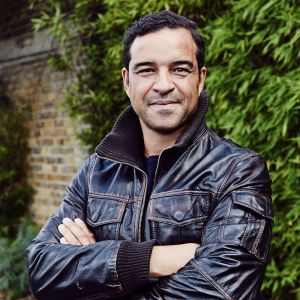 MB: Can you tell us more about the purpose and focus of the Raphael Rowe Foundation?

RR: I know that my work as a journalist and someone who was wrongly convicted and spent 12 years in prison, informs and educates people, but it wasn’t until I visited prisons around the world that I realised much more needs to be done in this space. I believe by addressing some of the basic needs inside prisons we can improve conditions that change lives, reduce crime and assist rehabilitation and reintegration. When I stand inside a prison and witness people in prison eating with their hands because the authorities are unable or unwilling to provide cutlery, I see an opportunity to do something practical and real. Something which will have a real impact on the lives of everyone within that prison. When I speak to people in prison who are idle, hungry and angry I discover insights like lack of education or opportunity. This does not need to be the case.

The Raphael Rowe Foundation will look to work with those who administer prison systems throughout the world, and inspire them to abolish dehumanising, degrading and dangerous practices, putting more emphasis on the health, education, and rehabilitation of those in their care. Our vision is simple. To end the dehumanisation of people in prison and build safer societies.

We will look to do this through the provision of practical solutions; therapeutic services to address their psychological needs, and interventions and training to start to meet their growth needs.

We will adopt a collaborative approach, working in partnership with local NGOs, academic institutions, and, perhaps most importantly, governments. We will ask tough questions. Questions like ‘what can we do for people in prison beyond simply locking them up?’, ‘what is the purpose of further punishing them, and what are the dangers in doing so?’, ‘could prison be seen as an opportunity, and not just a punishment?’ and ‘what can we do for prison systems and wider society as a whole?’.

Our work can be easily understood by looking at our 3 pillars:

Rethink – Inspire systems which enable the mistreatment of people in prison to rethink their approach and challenge any prejudices which might prevent such change.

Rehumanise – Give every person in prison across the world their basic human rights.

Reintegrate – Create conditions which allow empowered and rehabilitated people in prison to be welcomed into society.

MB: You have achieved so much since leaving prison. What are your plans for the future?

RR: My future is about enjoying my life, helping others live better lives and continuing to work with others to provide for those who need our help. I am not unrealistic and recognise the challenge I face convincing people to assist in my work or in being a voice for those who don’t have a voice. But I know what it is like to be silenced and how to fight back. I know what pain and suffering means, so I want to help others get through that. I know there are people who want to do the same.

I am particularly excited to see what the Raphael Rowe Foundation can achieve. But, to be successful, we will need support. So I am looking for people who have been moved by the inhuman and degrading conditions that far too many in prison have to endure, for people who want a fairer society which respects the human rights of everyone, and for people who are not willing to remain silent when silence condones the unacceptable.

If you were to ask me to put this into one sentence it would be this: My future is about working with others to end the dehumanisation of people in prison and build safer societies.

TO JOIN The reimagining justice COMMUNITY, APPLY TO BECOME A MEMBER OF MEANINGFUL BUSINESS HERE 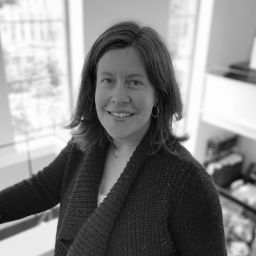 How can business support charities and NGOs’ vital work during and post COVID-19?

Related Stories:How Sport-for-Development Organisations can Build Bridges Between Businesses and Refugee Communities by Mary Connor How football, and photography, can…

How to support Pride authentically as a small business owner

In this month of Pride, the aim of businesses should be to focus on the celebration and empowerment of the… 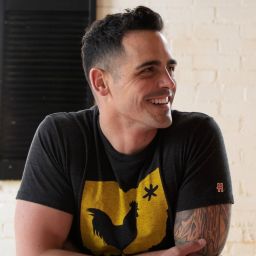 Meaningful Business (MB:) Why did you decide to set up Hot Chicken Takeover?   Joe Deloss (JD): I’ve been launching businesses,… 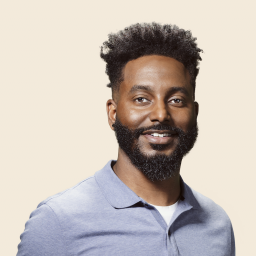 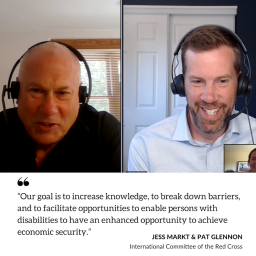 Podcast: How the International Committee of the Red Cross is using sport to change attitudes towards disability in conflict zones

“In many countries that we work in there’s a tradition: if you’re disabled, you stay home and your family takes… 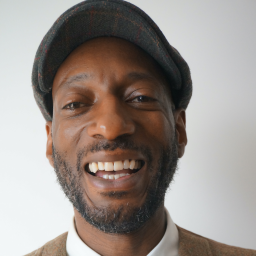 Why returning citizens should be given a chance 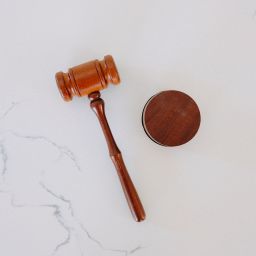 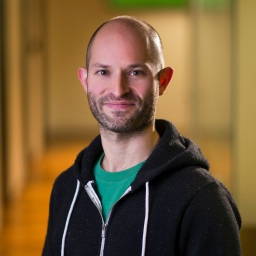 Meaningful Business (MB:) Please tell us a bit about your background.   Alex Stephany (AS): My first proper job was… 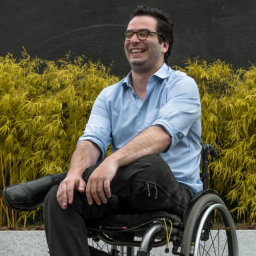 A Lifetime of Entrepreneurship – with Neil Barnfather MBE, VP, UK and Ireland, GoodMaps. 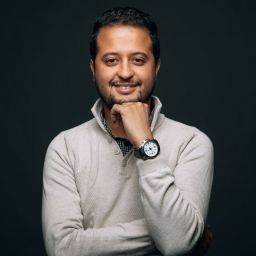