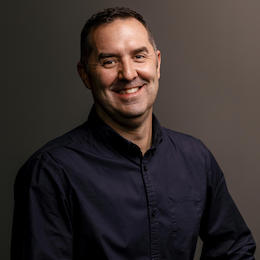 Noel Kinder is Nike’s Chief Sustainability Officer (CSO). As the CSO, Noel leads Global Sustainability, a team committed to protecting our planet to maintain an environment where all athletes can train, live and thrive. Prior to becoming the CSO, Noel was the Vice President of Sustainable Manufacturing and Sourcing, where he was responsible for collaborating with Nike Inc.’s business units, contracted factory leadership, representatives in academia and within the NGO community on the evolution of the company’s sustainable business performance policies.

Noel joined Nike in 1999 and has held a wide range of leadership positions in the footwear and apparel divisions as well as roles in strategic planning and finance. In 2013, Noel became the General Manager of Nike Vietnam LLC, one of Nike’s largest sourcing countries, and was responsible for all manufacturing operations. He has worked with a wide range of manufacturers; from textile and apparel production in Sri Lanka and Eastern Europe to footwear manufacturing in Brazil and throughout Asia.