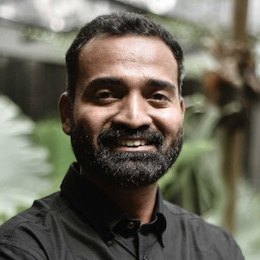 Raj is the Co-Founder and CEO of AquaConnect, a pioneering deep learning/AI startup that works with shrimp and fish aquaculture farmers to improve their farm productivity. Around 1 million rural farmers and coastal communities depend on shrimp & fish aquaculture, where traditional farming practices prevents them in achieving production efficiency and diseases prediction. His team built FarmMOJO, an AI-driven advisory solution that helps farmers improve productivity, predict disease and ultimately achieve higher farm income (up to 10%).

The World Economic Forum has named him among “Young Global Leaders 2012” in recognition of the leadership and contribution in the field of mobile communication and information services. He became a ‘TED Fellow’ in 2009 for his accomplishments in ‘Mobile4Good’ initiatives in emerging markets. In 2016, he was offered Draper Hills Fellowship at Stanford’s Center on Democracy, Development, and the Rule of Law for his work on technology interventions for inclusion. In 2019, He was awarded ’40 UNDER 40′ by The New Indian Express for the promotion of sustainable aquaculture practices in India. He holds a graduate degree from IIT Kanpur, India.