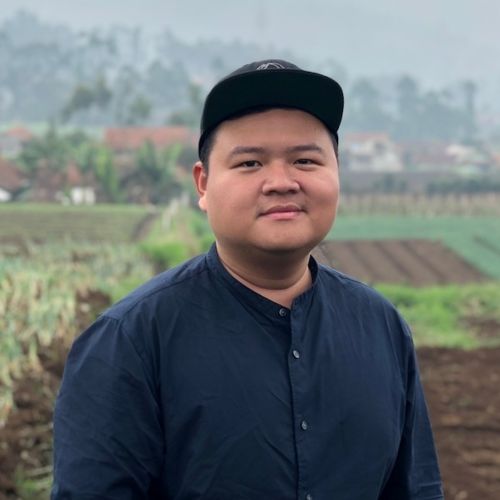 Yohanes is an agropreneur with a dream to simplify the complex life of the farmers. He has been in the industry for as long as he remembers. The Business Commerce Bachelor from Prasetiya Mulya University inspired by a university’s community development programme in which he was exposed to million problems the smallholder farmers are facing everyday. By 2016, he has got the professional development certificate for Innovation & Entrepreneurship in Stanford University, and start his own agribusiness.

Yohanes started the journey to founding CROWDE after having worked as a farmer himself, planting chilies and mushrooms in Bogor area, and moving on to poultry farming a few years later. He enjoyed every aspect of it and has had a passion for agriculture ever since. However, he learned the hard way that the result of farming on his personal finances was not as pleasant as the process of farming itself.

After going bankrupt, he realised that farmers in Indonesia are in desperate need of help. It made no sense that in Indonesia, an agrarian nation whose growth depends on the agricultural sector, so many farmers live below the line. So Yohanes decided, along with his dear friend, Risyad, to build CROWDE in order to revolutionise the agricultural sector in Indonesia. Today, CROWDE reaches more than 17,000 farmers with the help of more than 31,000 personal lenders, and has collaborated with five major institutional lenders.

Along the way, Yohanes has been awarded as 30 Under 30 of Forbes Asia 2018 for his contribution in Social Entrepreneur category and 40 Under 40 of Markplus.Inc 2018.